According to Habitat for Humanity, nearly a quarter of the world’s population does not have adequate housing. For families living on $3 a day in the Mexican state of Tabasco, affording anything more than the wood and metal shacks they have built themselves, is unthinkable. Fortunately for them, a group of organizations has teamed up to build the first 3D-printed neighborhood in the world.

The first two houses of the 50-home neighborhood were completed in early December with hopes of finishing the rest by the end of 2020. The Mexican non-profit ÉCHALE is finding local families that are affected by floods and earthquakes to move into the New Story and ICON homes. New Story is a non-profit dedicated to providing shelter for families in need and has built more than 2,700 houses in Mexico and South America. By teaming up with ICON, the tech company pioneering 3D-printed construction, they are undertaking their first “printed” homebuilding project.

“The thing I am most excited about for my new house is having my own room where I can read. Where I live now, we can’t read much, because–when our parents bought us books, they would always get wet because of rain coming in through the roof. I am excited to read in my new home.” – Alan, age 8, future 3D printed home resident 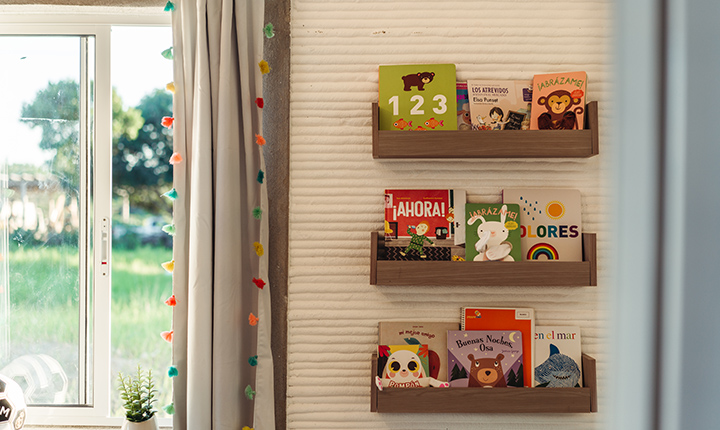 Vulcan II, the 33-foot 3D printer, pipes out a concrete mix to form the walls of the 500-square-foot homes. By printing two houses at a time, the printer can complete both in 24 hours – over several days to allow drying time between layers. The concrete mix used is stronger than traditional concrete and is reinforced for the seismic activity the area is prone to. Each house consists of a living room, kitchen, two bedrooms, and a bathroom. New Story is working with the families to charge 20-to-30% of their income so they can feel a sense of ownership in the community.

ICON CEO and co-founder Jason Ballard explains the value of the Vulcan II technology, “We think part of what 3D printing allows us to do is to deliver a much higher-quality product to the housing market at a speed and price that’s typically not available for people in [low-income housing]. It is a house that anyone would be proud to live in.”

The process of moving the giant printer to Mexico was no easy feat. Border authorities had a lot of questions regarding the robotic machine. Once on location at the construction site, the team was greeted by flooding, muddy roads, and high humidity. Brett Hagler, the CEO and co-founder of New Story, described the area, “It will rain and it will flood. Some of the [local] women even said that the water will go up to their knees when it rains, sometimes for months.” Undertaking a task like this for the first time has required the team to think on their feet and work through solutions as they go.

Building A Sense Of Hope 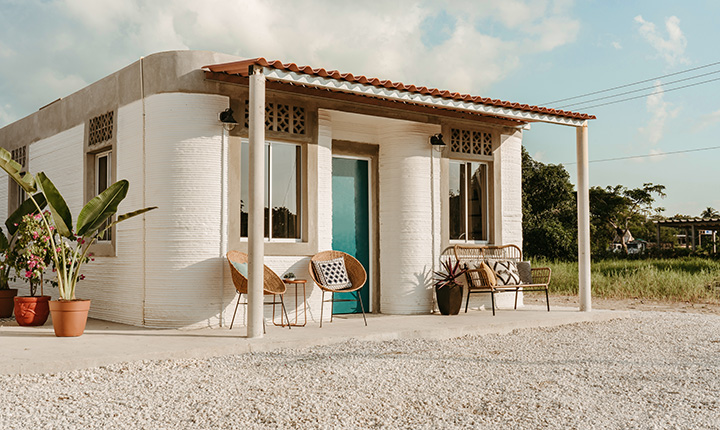 “We seem to just accept that there will always be homelessness or there will always be people who don’t have any access to education or water,” said New Story COO and co-founder, Alexandria Lafci. She continued, “We have some of the brightest minds and we have the most promising technology in Silicon Valley working on elite problems. How can we rethink and reshape existing and budding technology toward these more pressing issues?”

Jason Ballard believes 3D-printing just might be the solution the world needs. “3D printing is not science fiction. We have crossed that threshold from science fiction into reality,” he explained. “In the future, our bet is that this will be humanity’s best hope for a housing solution that matches our highest values and ideals.”

Has The Mystery Behind Writer Agatha Christie’s Unexplained Disappearance Been Solved?