Ethan Haus, a six-year-old from Becker, Minnesota, was found safe thanks to a volunteer with a heat-seeking drone. Ethan and his Brittany spaniel, Remmington, went missing around 4 p.m. on Tuesday, October 15, 2019, after leaving their home to go off and play. With the drone’s help, search teams located the boy and his dog after the two had been missing for nearly 10 hours.

Ethan and “Remmie” were found at approximately 1:50 a.m. the following morning, sleeping together in a cornfield, approximately one-and-a-half miles from their home. Paramedics on the scene examined Ethan, who appeared cold but in relatively good health. Remmie also seemed unscathed by the pair’s adventure.

The search for Ethan took a turn when aerial photographer Steve Fines read on Twitter that the little boy had gone missing. By the time the St. Cloud, Minnesota resident saw the message, more than four hours had passed since Ethan had disappeared. “We didn’t know the family. Something in my gut told me we needed to go,” Fines told KSTP-TV.

Fines, who had previously used his thermal imaging camera and drone for architectural projects and to locate lost livestock, jumped in the car around 8 p.m. and headed off to Becker, approximately 20 miles from St. Cloud, to assist with the search. Fines told the St. Cloud Times it was the first time he’d attempted using his equipment to looking for a missing person. While volunteers searched by car and foot, Fines had to wait patiently for several hours for the weather to clear up before he could launch the drone.

Fines Was Able to Locate A Bright Image 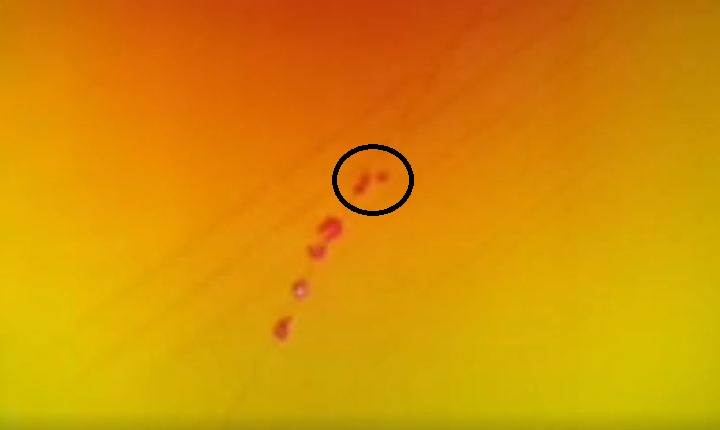 Once the drone was airborne, Fines used it to scour the area, systematically hovering over different fields. Rescuers were sent out to investigate anything the drone’s camera picked up that could be Ethan. The first images were initially disappointing, turning out to be deer, an otter, and even a bear.

After the drone had been flying two-and-a-half hours, the thermal imaging equipment detected a bright spot in a cornfield and something that looked like a dog lifting his head. Fines hovered the drone over the spot and turned on its lights so a four-party search team could investigate. “On the screen, I could watch their thermal images appear and one of them grabbed the boy,” Fines recalled, adding that he could also see a thermal image of what appeared to be Remmie running around. When the Sherburne County Sheriff”s office posted that Ethan has been found and was safe, the announcement went viral.

Ethan’s Community Pulled Together To Search For Him

According to the Sherburne County Sheriff’s Office, more than 600 people searched for Ethan, often walking in lines with flashlights in the chilly 40-degree weather. Several local police and fire departments jumped in to help, along with the Red Cross and members from the local Lions Club. Ethan’s mom, Sheri Haus, told the media she was “overwhelmed” by the outpouring of support from so many strangers.

While Fines is being called a hero, the humble photographer credits the entire search crew, noting that it was the sheriff’s office that coordinated the search and developed the grid. Fines said it was volunteers on the ground who spotted a footprint not far from where Ethan was eventually rescued. Soon after he returned home, Ethan took to social media to express his gratitude. “Thank you. Thank you for finding me,” the joyful tot exclaimed.

Parents Leave Daughters Home For a Week, And Don’t Recognize It Upon Their Return

Need Some Calm? Try A Simple Dutch Method That Everyone Loves