Fed up with porch pirates stealing her packages, Colorado resident Christine Hyatt took matters into her own hands by loading up her trash into Amazon boxes and leaving them on her front doorstep for thieves to snatch.

Hyatt came up with the plan after more than 20 packages were swiped outside of her Colorado Springs home. Some of the stolen deliveries included her daughter’s diabetes medication. Hyatt revealed that her mode of revenge may seem humorous, it was her way of fighting back against a terrible injustice.“She can’t afford to have her own medication stolen just because people are jerks.”

Inspiration Came To Hyatt At Thanksgiving

Hyatt came up with the idea just after Thanksgiving. “We forgot to set our trash out for Thanksgiving so we were overflowing with trash,” she explained to KKTV in Colorado Springs. With plenty of garbage to toss, Hyatt decided to enlist the help of local thieves. She found some old Amazon boxes, filled them with rubbish, taped them up, and set the decoys outside. Within hours, the boxes were gone.

In less than a month, Hyatt’s put out at least three decoy “deliveries.” Her last box was filled with cigarette butts, fast food, and soiled kitty litter. Hyatt’s other daughter said the package was just downright gross, but mom justified the putrid package. “If they are going to steal from me, that’s the consequences. They get to deal with the poo,” she told KXNET. With her third package, Hyatt included a note that showed the score: Me: 3, You: 0.

Hyatt’s plot to give the thieves a dose of their own medicine went viral after she posted her story on Facebook, including how long it took for the decoy boxes to go missing, and the story was picked up by local news outlets. One television station received more than 4,000 comments on their site. While most respondents applauded Hyatt’s bold move and even suggested other disgusting items that could go into Hyatt’s next box, a few people expressed concern, saying the box bandits would probably throw the garbage out on the road or might even retaliate.

Hyatt’s story likely captured the nation’s attention because package thefts continue to soar. A study by Insurance Quotes discovered that in 2017, approximately 26 million packages were snatched. Video doorbell company Ring estimated that the average value of packages stolen amounts to $140.

According to the New York Times, more than 90,000 packages go missing in New York City every day. The problem is so overwhelming there’s little the police can do. But some states are attempting to strengthen their laws to deter porch pirates. South Carolina and Texas are looking at passing legislation that would make package theft a felony.

How Your Can Thwart Porch Pirates 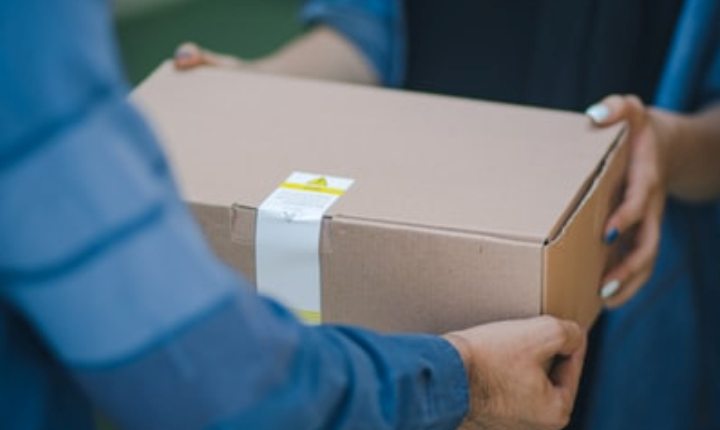 With package theft skyrocketing, many people are turning to motion sensor video cameras to deter box bandits. Delivery companies can only do so much, but they are trying their best to help. Customers can provide specific delivery instructions like leaving packages with a neighbor or placing it in a predetermined hiding spot. Some couriers will even photograph the boxes in the secret spot where they left them, then text or email the picture to the recipient.

Other low-tech ideas for keeping packages safe include having a lockbox outside your home, authorizing couriers to hold the box at their distribution center, allowing couriers to enter your home while you’re gone, or having items delivered to your workplace or a mail center like a UPS store. In some communities, local police stations are even offering to take packages for safekeeping.